Scratches on rocks, daubs of paint, lines, chicken feet and one day glowing diodes, non-verbal communication that did not involve gestures was something that lies at the heart of civilisation. Whether it was the locations of fine hunting grounds recorded in ochre on a cave wall or hieroglyphics depicting the ten best tourist locations in ancient Egypt, technology has not freed us from this necessity. Far from it; digital cameras inside mobile phones we use as pocket computers have meant that being able to express ideas faster and more accurately becomes ever more urgent.

When Andrea Hall of UK TV Home Channel fame needed to explain her interior layout to her client, she was in a major hurry. Her drawings were simply not getting the message across, and the budget was tighter than the deadline.

This is when she turned to me for some kind of solution that would bring her ideas to life, and still leave her with some change for biscuits.

I happen to like the weird and wonderful, and this particular puzzle was definitely unusual. Fortunately, the fact that this was going to be a simple floor plan instead of a marketing brochure meant that photo-realism, or any other kind of realism, would not matter.

It struck me that a CGI architectural model using coloured “perspex” sheets would suit this kind of project quite nicely.

A charming email arrived with nothing more than a few scratchings here and there, and some hastily scrawled instructions. This is in fact exactly what I get from clients most of the time, since this is a speciality of mine: converting scratches to eye-candy.

Invariably there will be changes and this project was no different. When the client makes encouraging noises, I get the job done faster. Andrea pressed all the right buttons, and so when she charmed me into making last minute changes in roughly the same time it takes light to cross a wicket, I adjusted my sails and hoped my timbers wouldn’t shiver.

I’m under the impression that the change was wisely spent on digestives.

It is remarkable how serendipity sits so squarely in the middle of my artistic meanderings. A shape might catch my eye, a shadow perhaps look sufficiently intriguing to warrant a second glance, a cloud passing overhead like some majestic and fantastical creature sculpted out of candy floss.

In this case, it was a vase, I believe, that triggered a subconscious yet cognitive process that eventually bubbled to the surface in the form of an abstract profile.

“What on earth could this possibly be”, I wondered as I stared at the screen. “Some king of kitchen appliance for an obscure food preparation process? An electronic toe-nail trimmer?” It’s utility eluded me for a while. I flipped it over, and then it was obvious. It was a jet engine. Not one we would be familiar with, intimately or otherwise. One from a parallel universe; a sister universe to steampunk. And so Jetpunk was finally born.

I modelled a little more. Clearly a jet engine as sporty as this needs some kind of afterburner. With an air compressor or turbo. With sensors. And fiddly bits. That look complicated.

We 3D artists tend to work with “clay” renders a lot. Instead of using realistic or otherwise materials to visualise the progress of the mesh and the shadows, a simple matte white is applied which allows all the minutiae to reveal itself in a glorious interplay of shadow and light. 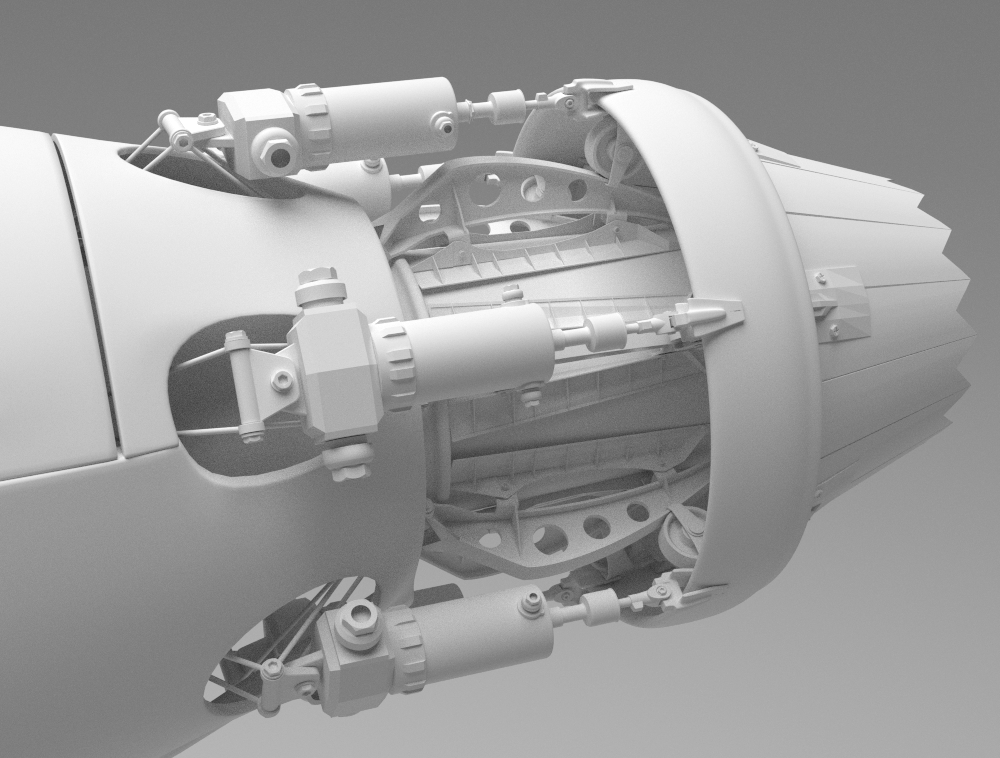 The detail bug bit me in no time. The project initially was conceived as a scene in which a mechanic has just left for his lunch break. When the thirst for even more detail became unquenchable, my mind seethed with the possibilities this funny little project presented itself with.

It has grown of its own volition; I am beginning to wonder who owns who now. I decided the engine was done in a moment of short-lived clarity; who knows. I might yet return to it before it is finally truly “done”.

I think we all need some motivation to get a job done well. I needed eye-candy to move on with this project. So when I started modelling one of the vehicles, I decided early on to drop the usual method of relying on clay renders, and decided to use rich chrome and cheap red car paint. 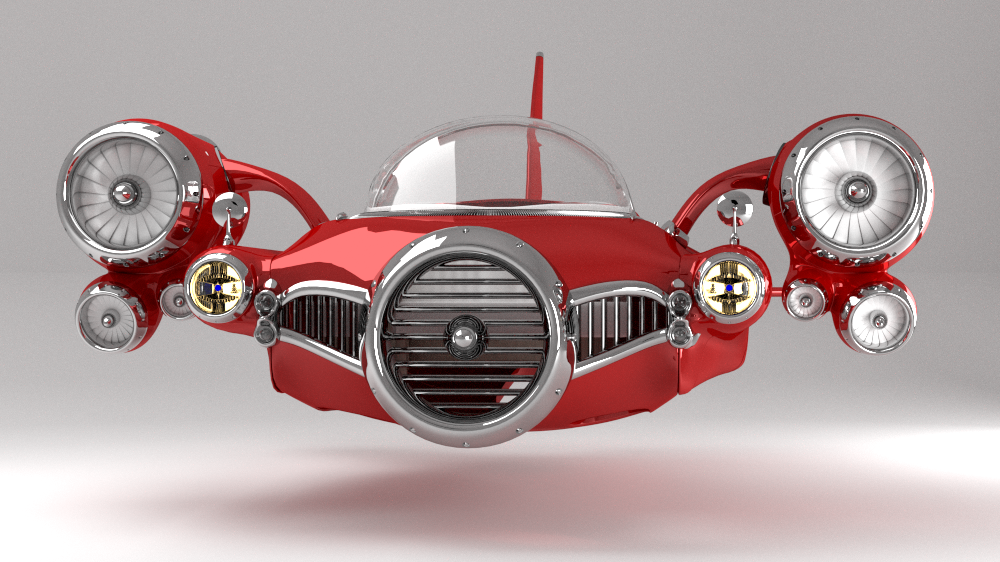 Exactly what will come of all this, who knows? I have so many things I want to try out in this genre. The only real issue is: how much time can I spare? This stuff takes absolutely ages to do. Getting the details in, adjusting everything to fit; I have enormous respect for engineers who have to do this “for real”, and down to a budget as well.

To shoehorn a particularly hackneyed phrase into the end of all this tedium: watch this space. Who know what will yet happen?

If you can’t wait, then follow this thread on Blenderartists.